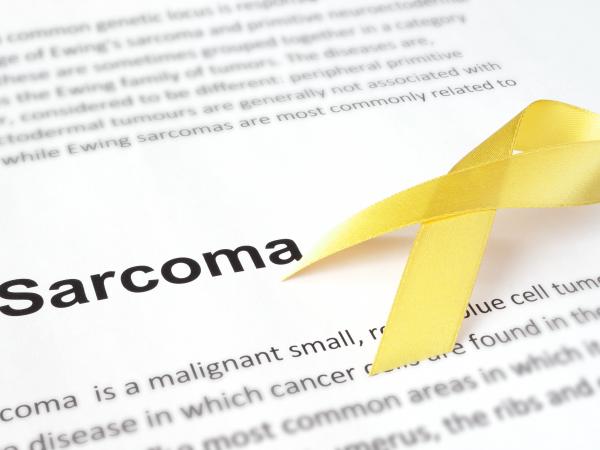 Ewing’s sarcoma is a rare cancer of the bones arising most frequently in teenagers and young adults. Treatment with chemotherapy, radiotherapy and surgery has increased long term survival for some patients, however in many cases the disease will progress leading to relapse and poor outcomes. For these patients less than 10% are cured. As with other bone cancers, such as osteosarcoma and chondrosarcoma, there is an urgent need to find new treatment options.

Drug repurposing, the strategy of reusing old drugs to treat new diseases, is a drug development strategy that we at the Anticancer Fund have been championing for some years now. For rare cancers, like Ewing’s, where there is little commercial interest in developing new drugs, it means that repurposing can step in and point out potential treatments from the thousands of drugs already on the market for other diseases. The success of this process depends on large part in being able to recognise which of those drugs is most likely to hit the molecular targets for the disease.

The Children’s Cancer Research Group (CCRG) at the University of Leeds, led by Professor Sue Burchill, has discovered specific populations of Ewing’s sarcoma cells which are resistant to current treatment and are thought to be responsible for progression and relapse. The aim now is to pinpoint drugs which kill these resistant cells, and which can be added to existing therapies to improve effectiveness and minimise side effects.

Funded by the Little Princess Trust (LPT), a UK-based not-for-profit organisation, Dr Liz Roundhill from the CCRG will work with on the project to identify the best drugs to tackle these resistant cells. The main goal is to find candidate drugs which can be rapidly evaluated in clinical trials. According to Professor Burchill ‘We are looking forward to working with LPT and the Anticancer Fund to identify existing drugs that could be repurposed to treat patients with Ewing’s sarcoma. Repurposing of drugs with known safety profiles is an attractive proposition to minimise the costs and time to improve outcomes.’

Bioinformatics in the picture

The project will merge laboratory data produced at Leeds by the CCRG team with a bioinformatics pipeline that has been developed at the Anticancer Fund. The pipeline combines data from a range of Anticancer Fund data sources and publicly accessible biochemical databases to identify candidate drugs which address the molecular targets selected in the lab.

This work is important for us at the Anticancer Fund in expanding our expertise in repurposing. Bioinformatics is increasingly recognised as an essential supporting element in the process – it can summarise and consolidate multiple data streams to help us home in on the most promising drugs to further explore in the lab and in the clinic.